Who would have thought that camping in London
could be nice and even safe ?
And a  bit noisy, oh yes.. 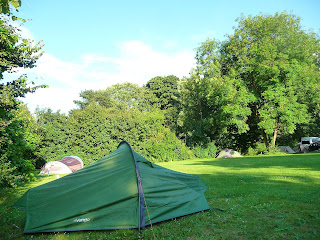 Around the City there are 5 campings.
The one where I stayed,
in Chertsey, was founded in the early 1900th century!
Maybe they didn't have these lovely caravans , yet.. 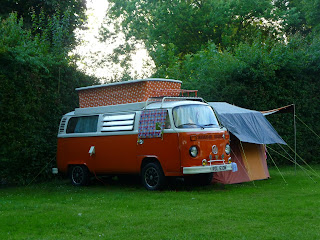 the purpose of my adventure was to attend a talk
at the Economic Botany Collection,
inside the beautiful scenery of Kew Gardens. 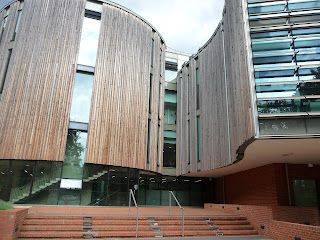 Mark, the Curator, was so helpful and gave us many information
about the collection held there 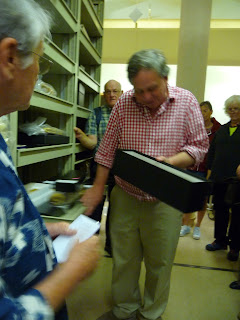 as a result of Centuries of research, expeditions
and collectors' donations
that still happen 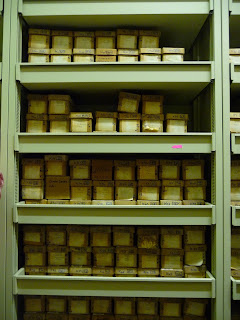 Some of the boxes still have their original packages! 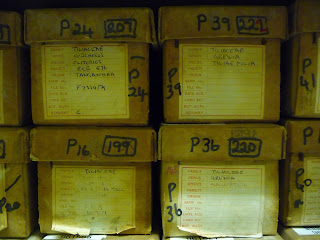 I couldn't resist to photograph the system
to store so many items in a small building,
using this sliding doors that reveal to be cupboards
with thousands of shelves. 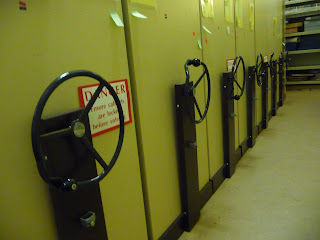 This is the Caribbean lacebark collected in Jamaica,
where the lacy structure
comes out naturally from the bark 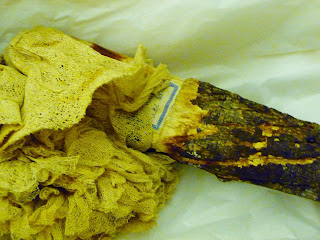 It was exploited by our western
great sense of commerce,
and now it is a very rare plant which is difficult to re-establish...

This bonnet was just made with lacebark and ribbon..isn't it amazing? 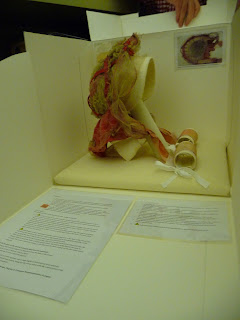 We attended as well talk about Indigo,
by the lovely Jenny Balfour-Paul
an interesting trip
in her researches which started in the nineties,
when the interest about Indigo was
only for antropologists,
more then for artists and textile designers... 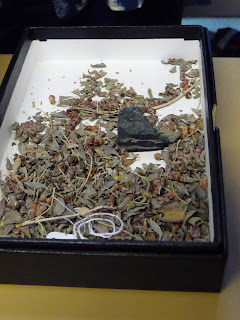 Above some dried leaves od Indigo plant ( Indigofera Tinctoria ),
and a block of the dried powder
which was used to be pressed for practical storage. 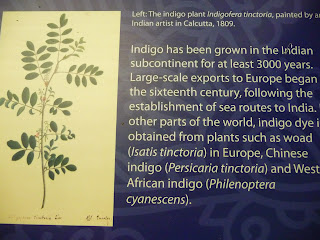 Jenny told us that many different parts of the planet and their populations
used to extract blue from different plants,
but the interesting thing is
that these plants all had the indigo molecules inside.
So the blue, basically, was one for all of them.

In the next post
I hope to show you some of the beauty of the Gardens,
which I
had to explore even if the time was so short!
I 'd rather had run in them , than miss the opportunity!! 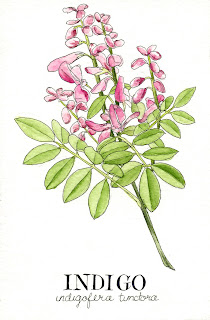 The Floating bridge
is a really strange being on its own..
It is a very old fashion car and passengers ferry,
which joins the town of West Cowes and East Cowes,
on the Isle of Wight. 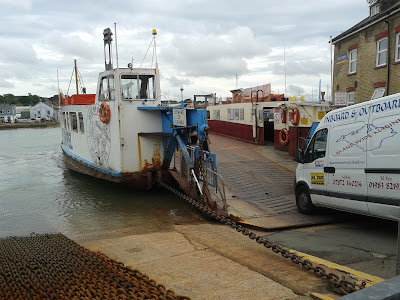 Here you can see the long tough chain which
allows it to move to and fro for many hours a day.
The ferry currently used is named No. 5,
the fifth to be owned by the Isle of Wight Council,
and eighth in total. It was built in 1975 and can carry up to 20 cars 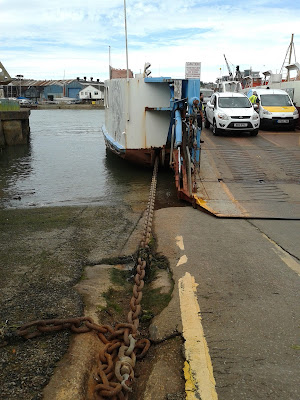 Wikipedia says that the first floating bridge between East Cowes and Cowes
was established in 1859
and is one of the few remaining
that has not been replaced by a physical bridge. 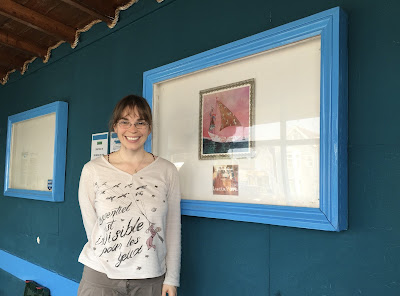 Well, sadly or not at the end of this year this chain ferry
will also be replaced by a new one, I guess more modern,
and the waiting room that now sits in the East Cowes end will be dismantled. 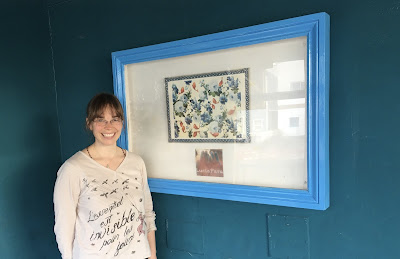 So I asked the permission to use this space, already furnished with displays cabinets,
as a gallery, to display copies of my work . 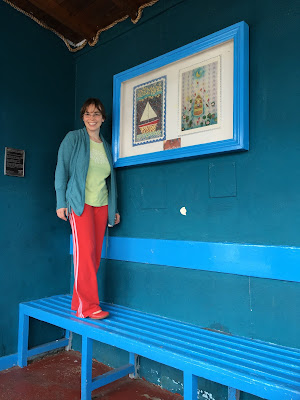 Happy me!
Many people every day still use this old communication system,
and it is the perfect location to show images of the sea ( plenty in my drawers!)
to speak about  water as a mean of communication,
and about waves that create colours, music
and even those waves that our heart beat produces! 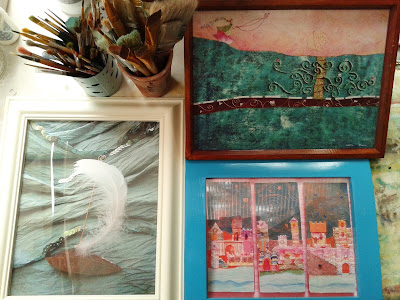 Next week I'll be placing these pretty frames, to add
something more to my personal gallery at the floating bridge.
If you never came across this jewel of mechanical modernity
( and you fancy a river crossing)
then...  hurry up !
It will last only until the end of the year!

Lucy's Magical Woodland is my new project where I  share with children and young at heart, my love for cookery, art and storytell... 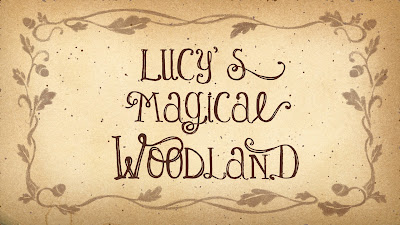